*Based on the actual characters & events surrounding the secret printing of the first Irish Proclamation. 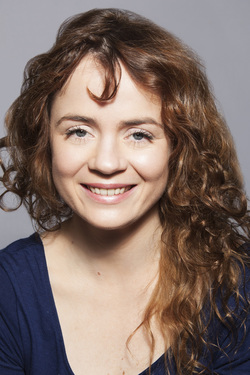 Maureen O'Connell is the writer, director & producer of PROCLAIM!

Thanks so much for your interest in PROCLAIM!

I am an actor & filmmaker from Dublin, Ireland.

I was lucky enough to train at the prestigious Royal Academy of Dramatic Art in London and received a BA in Acting in July 2012.


I've several acting credits to my name & have written & directed 2 other short films that have screened at festivals worldwide. I run #& am the sole owner of production company 3 Hot Whiskeys which has produced all of my films.
PROCLAIM! is my 3rd short film and is the most important to me.

My Granny, Nell Sullivan, was in the Cumann na mBan (Irish Female Freedom Fighters) and she made bullets and transported arms covertly. She is mentioned in several history books along with her brother, Tom.

She wrote a brief autobiography before she died and she said that those years being with the Cumann na mBan - even when she was locked up in prison in Limerick!- were some of the most exciting years of her life.

So, I went looking for a story that involved Cumann na mBan and one that I could involve my Granny in too.

I stumbled upon the story of how the Irish Proclamation was printed. It was a great story! And very amusing!

There are 29 mistakes on the Irish Proclamation. There is an upside-down 'e'. The 'E's' are all different fonts, shapes & sizes.
They couldn't print capital 'C's' so they had to print a capital 'O' & break it so that it looked like a 'C'. They had to print it in 2 halves as they didn't have enough type to do the whole document.

So, this was my story, I thought. How wonderful! All the things they went through to get it done. And they did it! They gave it to Padraig Pearse at 11am at the GPO on Easter Monday morning 1916. Ireland's soul battered to a piece of paper was proclaimed!

Although, my Granny would have been in Limerick at the time of the Easter Rising, I decided to insert her into the story as she had invariably helped the cause in some way in any case.

And I decided that the best person to play my Granny was me. So, I make a cameo in the film too.

So, this film is hugely important to me, a huge and ambitious endeavour and very personal to me.

But it is also hugely important to everyone who worked on it with over 25 cast & crew, we all worked so so hard on it and for free! No one was paid. I had the tiniest budget & so people worked hard on it because it was important to them to tell this story.

Really, I am indebted to & humbled by, the amount of work that people did on this short and for free. The cast & crew are exceptionally talented and generous people.

Again, thank you for your interest in our little film & I dearly hope you enjoy what we all worked so hard on!